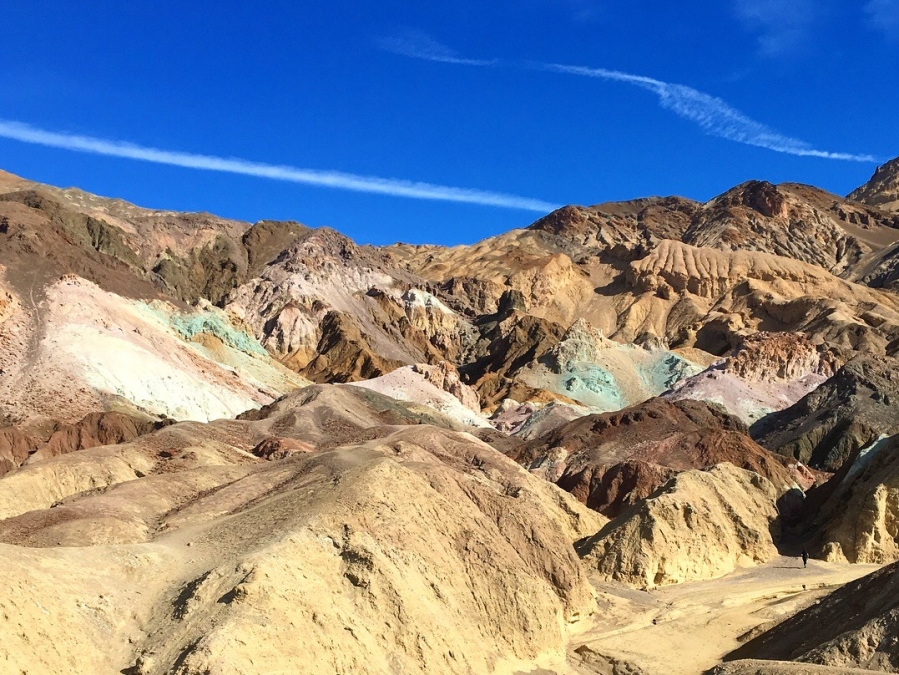 For the past two Martin Luther King Jr. Day 3-day weekends I have ended up in Death Valley. I will preface this post by saying while both were day trips (because I am a bit mad and will spend 8 hours driving in a day if it means a brief reprieve from “real life” out in the wild unknown), Death Valley requires multiple days to truly appreciate and take in. At 3 million acres it is the largest National Park outside of Alaska and you will feel it. Especially if you find driving long distances tiresome, you’ll need a few days here to see the main attractions without ending up in poor spirits. Death Valley is a unique spot and deserves the extra attention; it’s the hottest, lowest, and driest place in North America and offers a variety of unique natural wonders. The great thing about coming here in January though is that the weather is so mild you can camp comfortably and explore during the day without collapsing into a puddle of sweat as is the case here much of the rest of the year.

Many of the park’s features require a high clearance vehicle and 4WD to reach, so me in my little sedan have been confined to those sites reachable via highway 190 or Badwater Road. That said, there are still plenty of things to enjoy. Last year I drove through the park and headed to Rhyolite, which is a fascinating tiny ghost town that was built on quartz mining just outside the park boundary (northwest of Beatty, Nevada) featuring an abandoned Union Pacific railroad car and a series of art installations built by a Belgian artist named Hugo Heyrman. 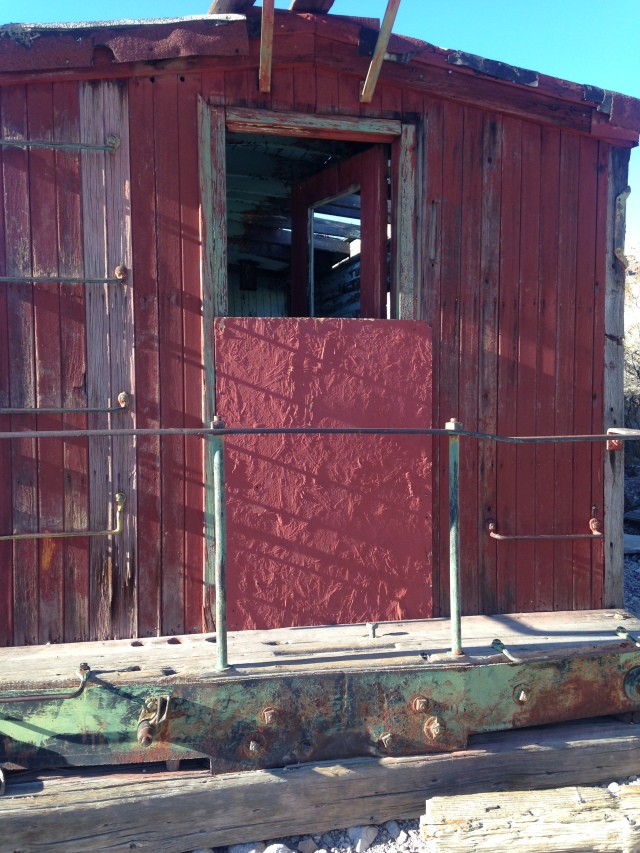 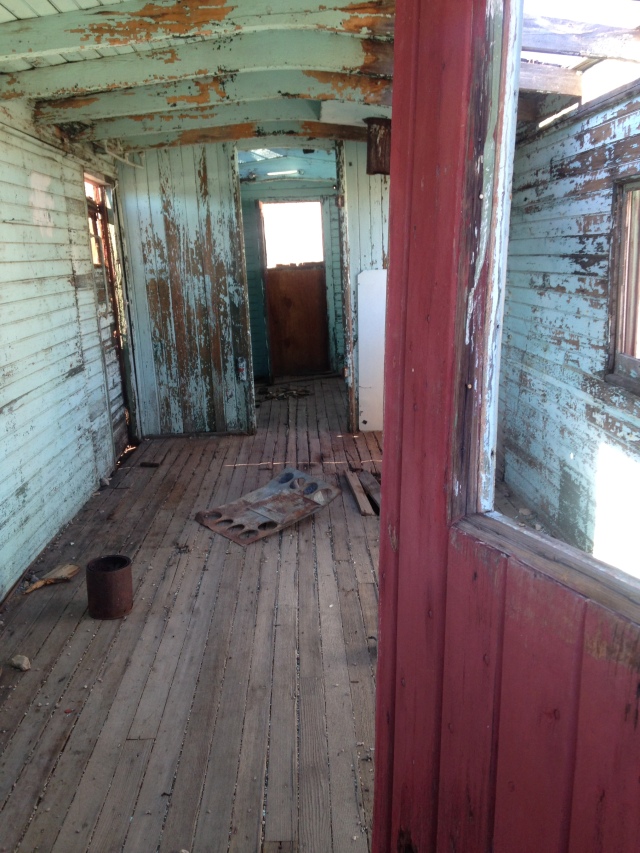 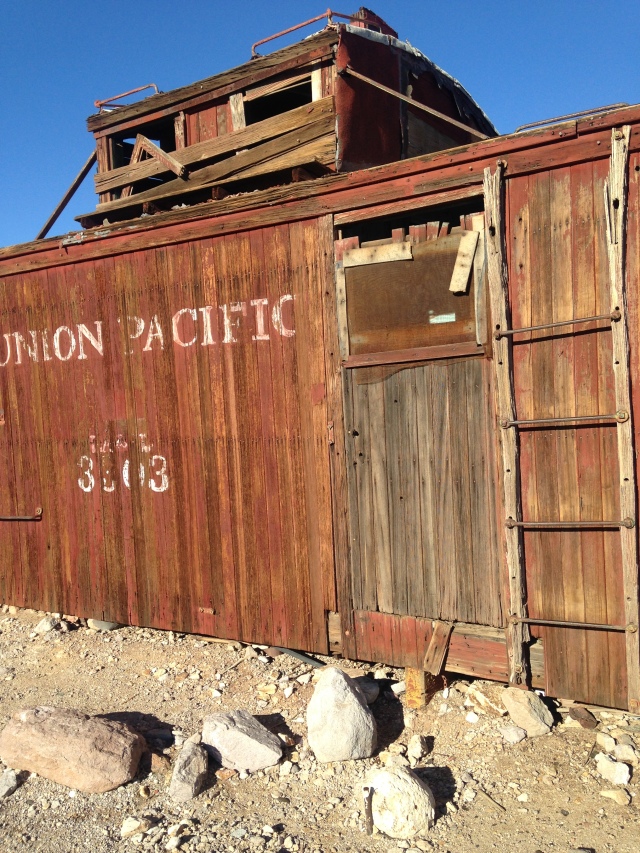 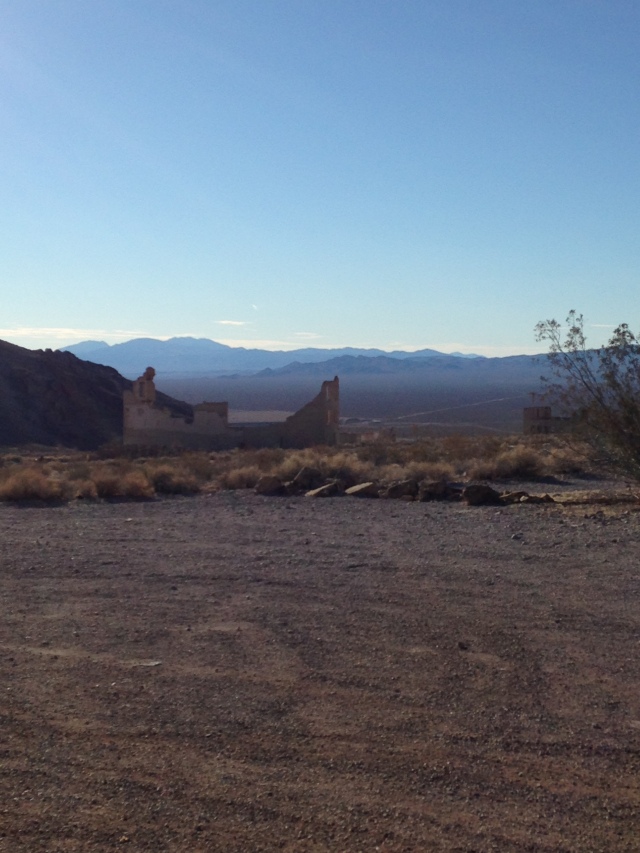 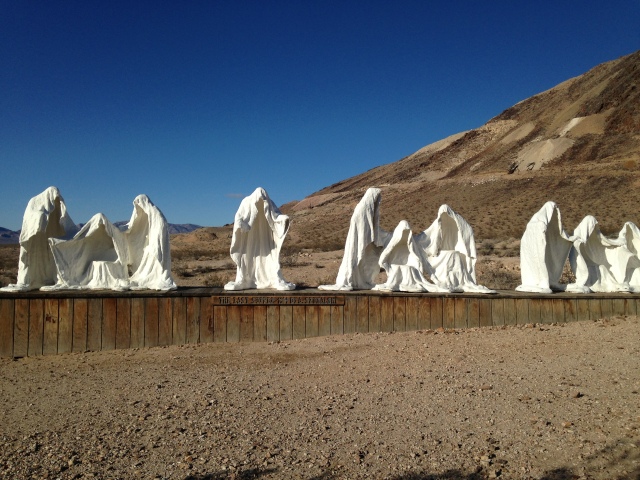 After this little detour I headed back into the park and stopped at Devil’s Golf Course, an expanse of huge formations of halite salt that you can walk through and hope not to slip and skin your knee on because…ouch. 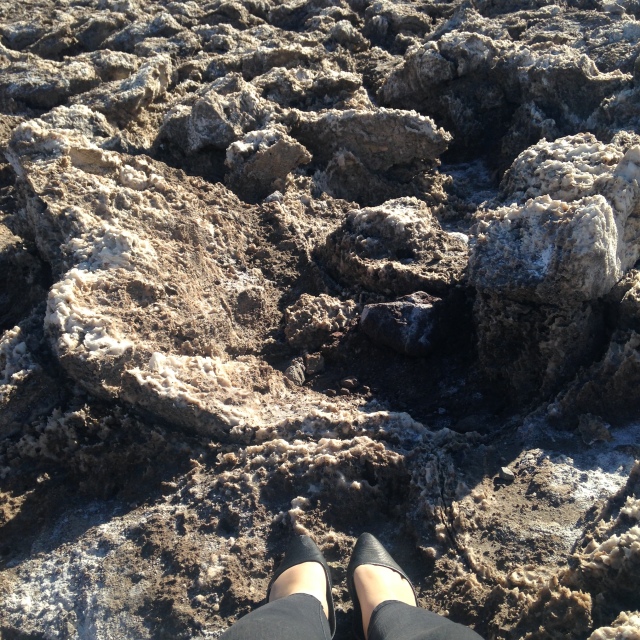 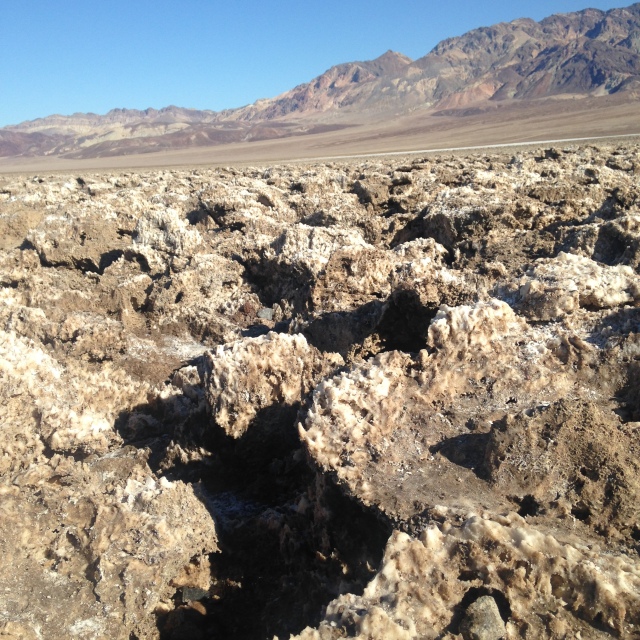 I then continued south to Badwater Basin, the lowest point in North America and a mostly dried up pond covered in a pan of salt that stretches out for miles that you can walk out into. Further out and depending on yearly rainfall there are areas where the salt has dried into little sections that resemble honeycomb, but back last year I was less adventurous (ie. lazier) than now and turned back before I reached them.

I had to head home at this point, and the only other thing I had really wanted to see at this time (because frankly I didn’t know anything about Death Valley when I visited other than it) was the Artist’s Palette, which was closed for road renovations. So this year it was really what I wanted to see. It did not let me down. The Palette is a series of colorful volcanic rock remains that are “painted” by the oxidation of the various metals that make up the rock formations; mica is green, manganese is purple, and iron produces various shades of pink, red, and yellow. To me the most special part is that you can climb these rocks, making the colors feel a lot more real and astounding, when you see how many shades make up the Palette and when you can get up close and personal to feel the magnitude of this place.

To get there you start out on a one-way half-mile road called the Artist’s Drive that features mostly mountains with hints of green until you pass a ditch that is next to a series of rocks painted an unmistakeable sunset pink and then find your way to the highlight of the drive, the Artist’s Palette. A lot of people were just taking photos at the parking lot/viewpoint but I was all about climbing it and hoofed it up the hills. It was so much fun, especially because there are multiple pathways carved out by rain and gravity as the rocks settle that you can check out for different views (they are made of quite soft material that is really easy to climb but also means the formations can change somewhat over time). This also comes in handy when you are trying to escape other people, because people–ew. I think the best time to visit is probably shortly before sunset, when the colors will really pop and you probably have most of the Palette to yourself, but I am an early bird and was here in the morning.

I spent way too much time here, but I really just couldn’t get over it. I have a thing with colors and especially combinations of colors. And I also have a thing with climbing rocks, maybe because it makes me feel like a kid. After this I headed home. Both times my trips to Death Valley have been more efforts in therapeutic self-care than purposeful adventuring so I don’t feel the need to do more than what puts me in a positive head space.

I know I will be back here though. There are infinite other things that need to be explored-the Racetrack Playa (if I can just rustle up a travel partner who has 4WD), Mosaic Canyon, Ubehebe Crater, Titus Canyon, and 20 Mule Team Canyon. There are also the Mesquite Sand Dunes, which are hugely popular, but having been on the dunes of the Sahara Desert in Africa, I think I am good (if a bit snobby about it; that and I kinda hate sand). I used to think the desert was immensely boring, drab, and lifeless, but now “Death Valley” feels like the ultimate misnomer. It’s so full of color and variety and texture and evidence of the planet’s geological history and how it changes. It feels so exciting and full of life to me and when I’m there and realize how huge a park it is, I feel so lucky that we have so much natural space preserved for our physical and mental stimulation whenever we feel like taking advantage. It’s a place that brings me a lot of joy in its quiet, less showy way.